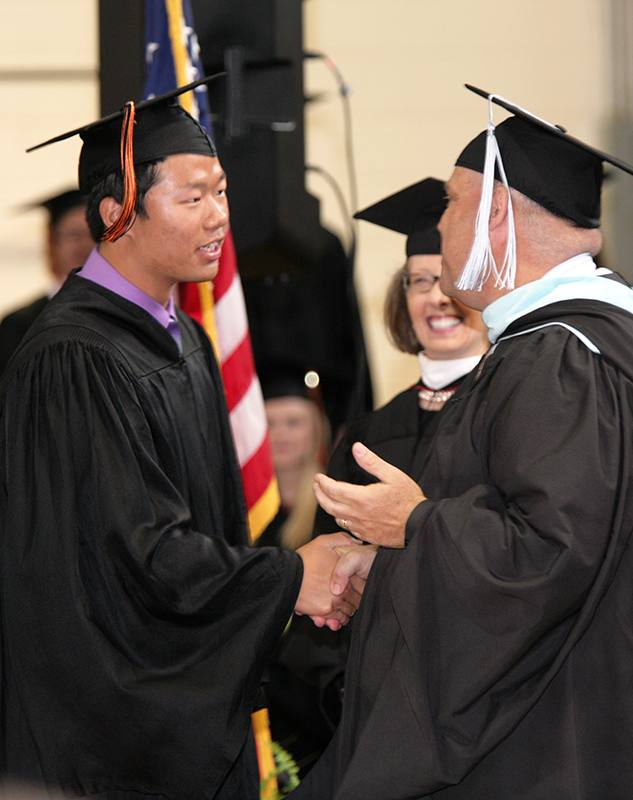 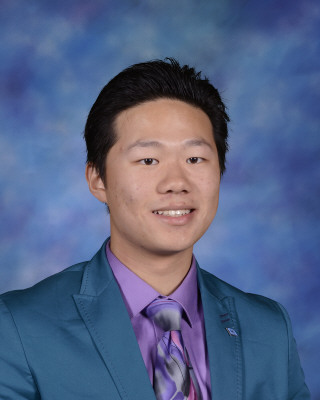 Jonathan came to Elgin Academy from China as a freshman. He immediately set out to leave his mark on the Academy. He was a hard worker and challenged himself academically with accelerated, honors, and AP courses. When it came to sports and co-curricular activities, he was an individual who wanted to try everything that EA had to offer.

Jonathan is the epitome of an EA student who in our trusting environment feels free to try out new pursuits, assume leadership roles, and take calculated intellectual risks to see what resonates and moves them towards mastery. Perhaps the best example of this is when Jonathan (who as a ninth grader was in the English as a Second Language class) decided that he wanted to learn to speak Spanish. Jonathan enrolled in Spanish I as a sophomore and became a top performing student. Following his completion of Spanish III his senior year, the World Language Department created a special award--Excellence in Language Studies--to recognize Jonathan’s academic excellence in Spanish.

Jonathan is a Dean’s List First Honors student at Boston College. The political science major gained insight into American politics in 2018 as a former campaign intern for Governor Charlie Baker and former Deputy Regional Field Director at MassVictory, a grassroots organization to support and elect Republican candidates in Massachusetts. Jonathan, ever enthusiastic about sports, did a stint at BC as Rhett, the official mascot of the Terrier Ice Hockey team.

“Coming to study in the United States was one of the best decisions I ever made in my life! But, so far, the very best decision in my life was coming to Elgin Academy. Throughout my years at EA, I gained so much. Let me count the advantages:

Academically, Elgin Academy prepared me very well for college. As a college freshman, I took the writing placement test and, even though Chinese is my first language, I qualified to take the highest level writing class for freshmen. This placement means that I can go on to take other interesting classes and not have to take remedial writing classes like many international students. I have my Elgin Academy teachers to thank for my high score.

Also, the college workload highly resembles that of EA. Currently, I have no trouble keeping up with the academic pace. Also, thanks to Señoras Rusniak and Hopkins, in Spanish I am able to comprehend my “profesora” most of the time.

Elgin Academy athletics were important to me. I was able to play two sports, soccer and basketball, that were new to me. On top of that, I got to pursue my ultimate passion--baseball. Being involved in EA baseball was tremendous. My senior year the team made history by winning our school's first-ever Regional Championship title. Also, my senior year I was elected President of Athletic Council. This was the most important position I ever held and I will carry the lessons of leadership with me the rest of my life. I especially learned how to work with other people and the value of compromise. In terms of extracurricular activities, I was able to do things at Elgin Academy that I had never done in the past. I acted in several plays, and I sang in the choir and performed in musicals. I was on the Mock Trial team that placed first in county competition and was on the executive board of Model UN. I was an editor for the yearbook. My community service included PADS (Public Action to Deliver Shelter), mentoring a younger student through EA’s Big Brother Big Sister program, providing tutoring through a Boys and Girls Club, and raising money for a child with a serious illness. Finally, I was a Student Ambassador at EA, giving tours to prospective students and their families.

At EA I had a great host family and made many friends. They have all made my years in Illinois a significant portion of my life. I greatly appreciate EA from so many perspectives.” Yifei (Jonathan) Shen ‘16